We’re three days away from ending 2012– the year the Mayan’s math didn’t quite add up–with a bang. Before we bid this year adieu we’ve documented the Best Ofs for the past 12 months; so during the next predicted Apocalypse rears its false head, we’ll reminisce on theCrunkest Songs of 2012 or 2012′s 8 Most Underated Singles or the Best Songs of 2012. Our countdown continues with the 12 of Music’s Breakout Stars of 2012. It’s been a glorious year musically with diverse projects by promising new artists. While Frank Ocean‘s stardom is no surprise, who would’ve expected PSY to sing with Bieber‘s manager Scooter Braun? Meek Millsketched his name in cement as one of hip-hop’s brightest stars this year transitioning from mixtape storyteller to mainstream success. How good 2013 will treat these breakout stars is unforeseeable, but with raised glasses let’s all toast to the year of stars coming out (no pun intended).

1. Carly Rae Jepsen
Call me, maybe. CRJ may have been a bit undecided on if she really wanted her crush to call her, but there’s no maybe to the success she achieved this year. With the help of Justin Bieber and Selena Gomez‘s silly mashup of “Call Me Maybe” all eyes were on CRJ. If there was a song played or covered more than “Call Me Maybe” we must’ve missed it. Actually, there wasn’t.

2. Ellie Goulding
The year of the British singer takeover! “Anything Could Happen” mounted Goulding from an upcoming artist to the girl everyone couldn’t stop talking about. Her eclectic sound pulls from a mixed bag of genres heard throughout her sophomore album Halycon. Her “Bittersweet” contribution to The Twilight Saga: Breaking Dawn – Part 2 didn’t hurt her growing popularity either. Ellie is pure gold.

3. Frank Ocean
Success isn’t always achieved from over saturation and heavy promotion. Frank Ocean proved that. Channel Orange debuted at No. 2 on the Billboard 200 with barely any radio rotation or label marketing. More than the music, Frank O. ruled 2012 because of his bravery in admitting to loving a man. Channel Orange will go down as a placeholder in measuring music for this year, but his transparency–will go down in music history. 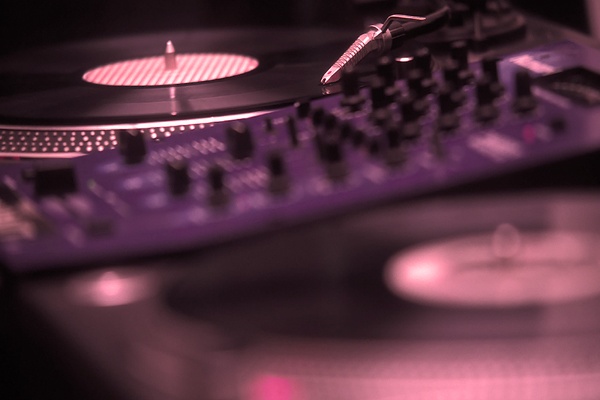 For the immediate future, expect to hear the term EDM a lot. Many strides have been made by people with money to build the dance music scene in the United States into an empire of beats, festivals, and cash. What gets lost in these discussions of “had dubstep peaked?” or “what the fuck is Trap?” are the DJs who are out there providing the soundtrack to these festivals, secret raves, and club nights. In a time where EDM is buzzing, without a serious radio push, the DJ turns into the program director. And with bedroom DJs popping up and getting opportunities to spin anywhere that has some extra cash and a Serato box, it can get dicey when trying to find the right mix to rock to. That’s where we come in (obviously), right?

These are the mixes that got us moving throughout the year, and the ones we dug back into when we couldn’t rock to that Lil Poopy mixtape again (sorry, Poop). The line-up is indicative of where the EDM scene was at in 2012, although we wish there were more house/techno mixes out there. Maybe next year? {CHECK OUT THE LIST}